Home
Schütz then and now
Biography: „fame from youth onwards“

Heinrich Schütz is the most important German musician of the 17th century. Throughout the course of his nearly 90 years of life, he held greater influence over the musical development of central Germany than any other figure.

In his Historical Description of the Noble Art of Singing and Playing (1690),Wolfgang Caspar-Printz described the “three famous S’s” - meaning Heinrich Schütz, the court music director of Dresden; Johann Hermann Schein, the choirmaster of Leipzig’s St. Thomas Church; and Samuel Scheidt, the music director from Halle – as “the three best composers in Germany at this time”. And in fact, Heinrich Schütz was viewed during his lifetime as “parens nostrae musicae modernae”, that is, “the father of our modern music”. The first German music-historical text from 1650 called him “the very best Teutonic composer”, and he was referred to on his gravestone as “ saeculi sui musicus excellentissimus” - as “the most outstanding musician of the century” . However, despite the esteem of his contempories and his students, for 200 years following his death he fell into oblivion.

Heinrich Schütz was born on October 8 th , 1585, in Köstritz. In 1590, the family moved to Weißenfels. Schütz was discovered at the age of 13 by the art-appreciative Landgrave Moritz of Hesse, who engaged him as a choirboy in Kassel. Following the music education and schooling funded by the landgrave Moritz, Schütz was able to study in Marburg; from 1609 the landgrave paid for the young musician to take a three-year course of study with Giovanni Gabriele in Venice. Schütz became acquainted there with modern compositional techniques, in particular the composition of poly-choral church music. When his protégé finally returned to Kassel in 1613, the landgrave Moritz was hardly able to profit from his successful studies. Already in 1614, the Saxon Elector Johann Georg I became aware of the talented and well-trained musician. After strenuous negotiations with the Hessian landgrave, he was permitted in 1617 to engage Schütz as the court music director in Dresden.

Schütz held this post for over 50 years. His service was interrupted in 1628 for a second trip to Italy, which once again led him to Venice, this time for over one year. During the turmoil of the Thirty Years’ War, which also reached Saxony in 1631, the cultivation of music in Dresden came rapidly to a standstill. When the Saxon Princess Magdalena Sibylle married the Danish Crown Prince, Schütz travelled from 1633 until 1635 to Copenhagen. There, he assumed the musical direction for the marriage festivities and was able to escape the chaos of war in his homeland for some time. Once back in Dresden, he tried to adapt his compositions to the changed conditions arising from the war years. His Kleinen Geistlichen Concerte [Small Sacred Concerts], which appeared in 1636, accommodated these circumstances by decreasing the number of instrumentals and choral singers needed for performance.

With the death of Johann Georg I in 1656, the new Elector Johann Georg II united the court orchestras and released Schütz at the age of 71 from his regular duties to the orchestra, a long-awaited move. Now as a “director emeritus”, he had only intermittent tasks to fulfill in Dresden. Therefore, in 1657 he took up permanent residence in the city of his childhood and returned to Weißenfels. He was, however, buried in Dresden, where he was staying at the time of his death on the 6 th of November, 1672. 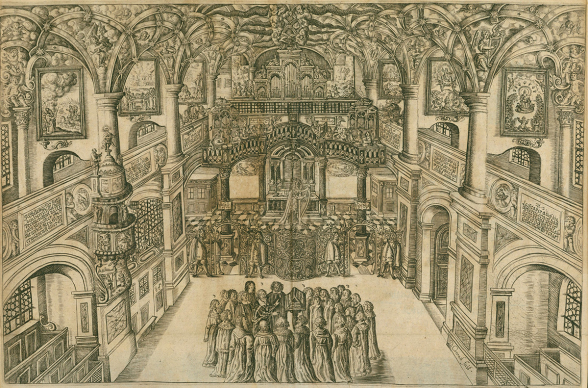 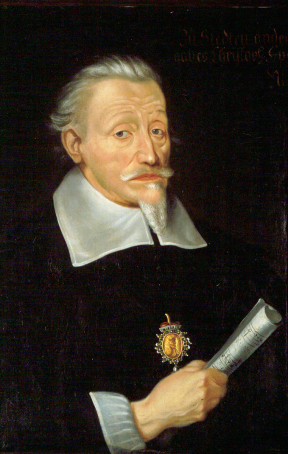 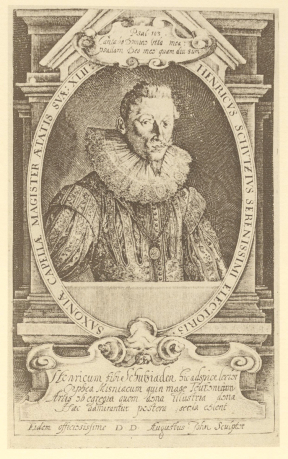